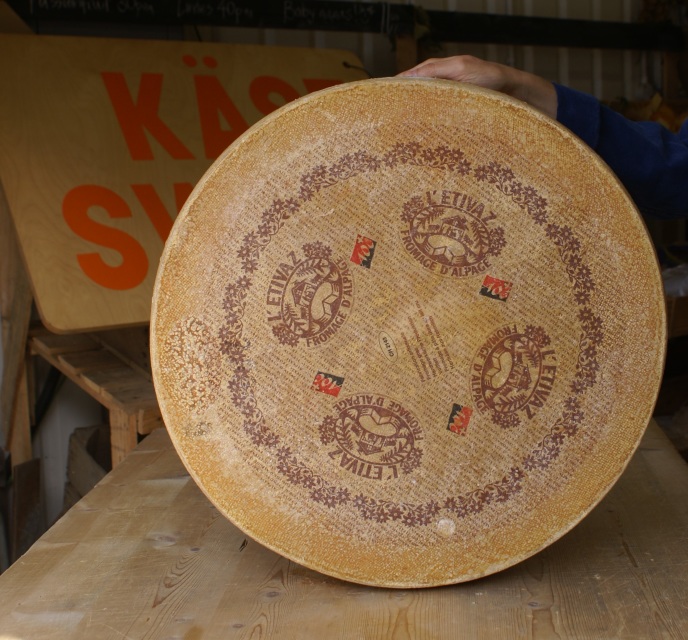 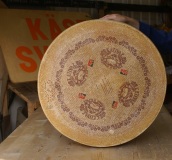 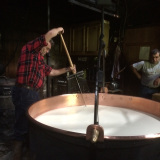 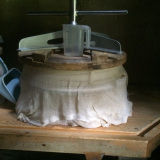 Grass Fed Milk: Yes, currently summer 2021 alpine milk. The new selection we made in April is available - these are cheeses made during last summer. 2021 was a good year which produced a slightly floral, with a hint of smoke, flavour.

L'Etivaz is a cheese made during the summer months only. The farmer takes his cows up onto the high Alpine pastures to graze, and relocates to a small wooden chalet equipped for cheesemaking, and very simple living. Although L'Etivaz is made to a recipe similar to Swiss Gruyère, it is distinctly different in flavour. These differences come from the mountain grasses that the cows eat which influence the flavour of the milk, the smoke in the air of the chalet from the fire which the cheese is made over, and the individual passed-down skill of the cheesemaker. L'Etivaz has a clean, aromatic, fruity flavour, with a slight smokiness, that varies according to the different alpine pastures that the cows graze on.

We select cheese from just one cheesemaker, and have been doing so since 2006.

Add to Cart
Summer cheese made in the Alps. Made in a copper vat over an open fire. Sweet hazelnut, smoke.